Milwaukee, Wis. – March 23, 2022 – This summer, the Milwaukee Art Museum will present Always New: The Posters of Jules Chéret, the first solo exhibition in the United States of works by 19th-century French lithographer Jules Chéret (1836-1932). A pioneer of graphic arts and the illustrated poster, Chéret was a master of his medium who elevated lithography to an art form and shaped the way posters were both created and experienced by the public. 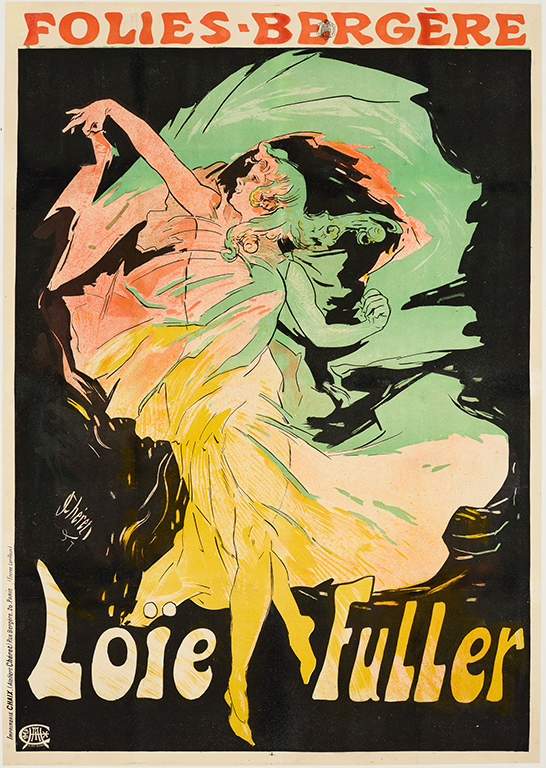 Always New: The Posters of Jules Chéret features over 100 colorful and dynamic large-scale advertisements for French music halls, theaters, department stores, newspapers, leisure travel, and products such as beverages, perfumes, cosmetics, and pharmaceuticals, representing industries that saw rapid change and increased popularity during the late 19th century. The exhibitionwill be on view June 3 through October 16, 2022, and is organized by Nikki Otten, Associate Curator of Prints and Drawings, at the Museum.

“By using bold and bright colors and designs, drawing inspiration from multiple artistic traditions, and innovating new techniques, Jules Chéret transformed modern lithography and established the poster as both a higher art form and a reflection of a moment in time,” said Nikki Otten, Associate Curator of Prints & Drawings, Milwaukee Art Museum. “With this first solo exhibition of Chéret’s work in the country, I’m excited to welcome the Milwaukee community to explore his genre-defining career and to celebrate the rich dynamism of his imagery and the historical insights it captures.” 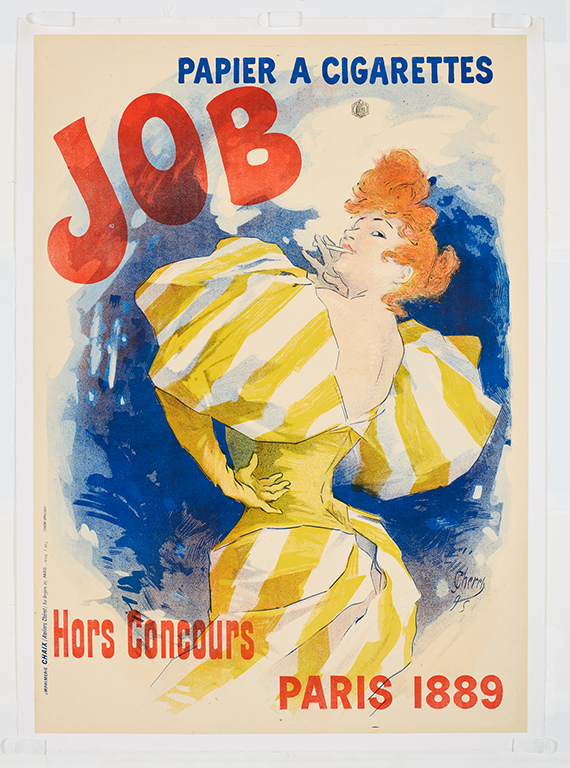 One of the first artists to bring vibrant, large-scale advertisements to the streets of Paris, Chéret caused a sensation by transforming the city’s walls into what critics termed a “museum in open air.” The Parisian public was captivated by Chéret’s vivid imagery as well as the speed with which he created new designs through printmaking innovations such as his three-stone lithography process, which allowed him to make large quantities of posters quickly and inexpensively. Posters were rarely seen for more than a week as they were often damaged by the weather, covered over by other posters, or carried off by stealthy collectors. The transience of both the posters and the subjects of Chéret’s designs—new entertainment and the latest consumer products—contributed to the popular sense that transformation was central to modernity.

By depicting industries that had emerged or assumed new significance at the time, Chéret’s posters captured aspects of everyday life for the 19th-century Parisian middle class. Some of his imagery portrayed issues related to socioeconomic status, consumerism, gender, and race that remain relevant today. Always New: The Posters of Jules Chéret reveals how these engaging, ephemeral, mass-produced posters reflected broader changes in society and became part of the cultural discourse around those changes.

The works in the exhibition are drawn from the Museum’s James and Susee Wiechmann Collection of more than 600 posters, prints, and drawings. Captivated by the joy and liveliness that Chéret’s images expressed, the couple spent 30 years assembling the largest and most comprehensive body of the artist’s work in the United States before donating it to the Museum in 2021.

“We are truly grateful for this extraordinary collection of prints that the Wiechmann family has donated to the Museum, greatly enhancing our holdings of works on paper,” said Marcelle Polednik, Donna and Donald Baumgartner Director, Milwaukee Art Museum. “The generosity of local collectors is an integral component of the Museum’s ability to bolster our role as a valuable civic and educational resource for our community.” 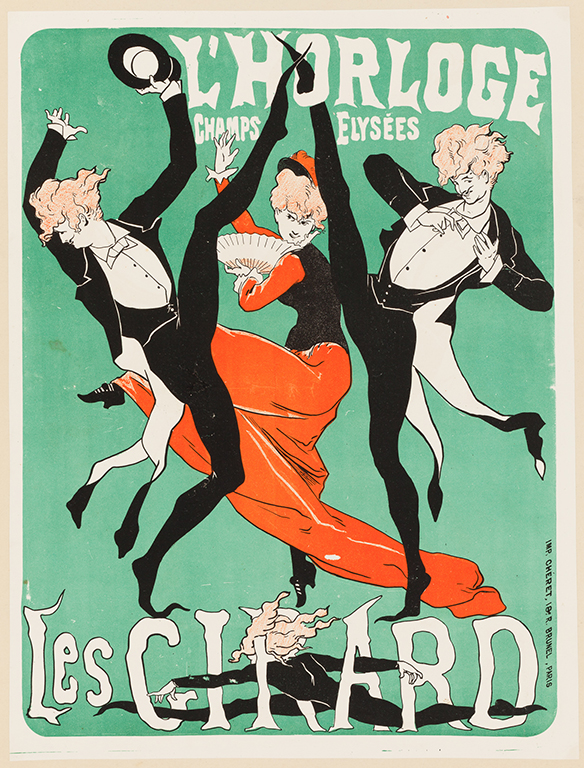 Always New: The Posters of Jules Chéret builds on the Museum’s legacy of organizing exhibitions that recognize the importance of poster art and advance public understanding and appreciation of the art form. These include Toulouse-Lautrec and the Pleasures of Paris (2000), Posters of Paris: Toulouse-Lautrec and His Contemporaries (2012), and regular rotations of poster works in the Museum’s design and European art galleries.

A full-color, 240-page catalogue will accompany the exhibition with essays by curator Nikki Otten and additional experts on Chéret and poster art. This will be the first English-language museum publication about the artist. 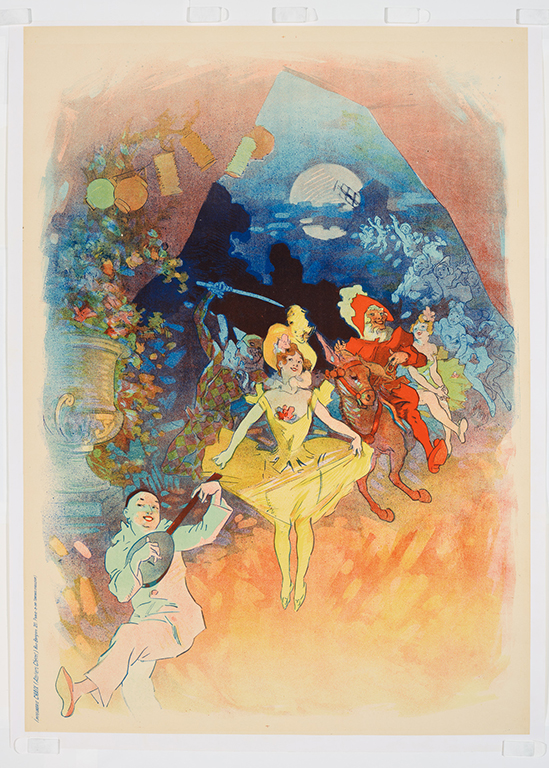 This exhibitionis made possible thanks to the generous gift of the James and Susee Wiechmann Collection. Presenting Sponsorship is provided by James and Susee Wiechmann and the Wilhelm Family Foundation. Milwaukee Art Museum’s Friends of Art is a Leadership Sponsor. Milwaukee Art Museum’s Print Forum and Katharine and Sanford Mallin are Contributing Sponsors. The Milwaukee Art Museum extends its sincere thanks to the 2022 Visionaries: Donna and Donald Baumgartner, Murph Burke, Joel and Caran Quadracci, Sue and Bud Selig, and Jeff and Gail Yabuki and the Yabuki Family Foundation.

Jules Chéret (1836-1932) was born in Paris. Known today as the “father of the poster,” Chéret began apprenticing with a lithographer at 13 and subsequently worked for various print workshops until moving to London in 1859. There he worked for the perfumer and fellow French expatriate Eugène Rimmel, creating chromolithographed ephemera such as packaging, calendars, and perfume books, and observed the colorfully illustrated posters covering the walls of the city. When he returned to Paris in 1866, he established his own printing press and eventually innovated new printing techniques that allowed him to create posters advertising ephemeral consumer products that were becoming ubiquitous. Chéret’s style reflected a range of artistic influences, from Rococo and Baroque painting to Japanese woodblock printing.

In 1881, Chéret merged his press with Imprimerie Chaix, a printing company that produced railroad timetables and maps, as well as newspapers, and became artistic director of the company’s poster division. Around this time, Chéret’s posters started to receive considerable critical attention, with many critics hailing him as the king of the poster and celebrating him for popularizing art, citing his talent as a printmaker and his role in advancing lithography as well as his skill as a draftsman. In December 1889, he had his first solo exhibition of pastels, drawings, and illustrated posters, which received widespread acclaim, and the following year the French government named him a knight of the Legion of Honor for transforming commercial printing. 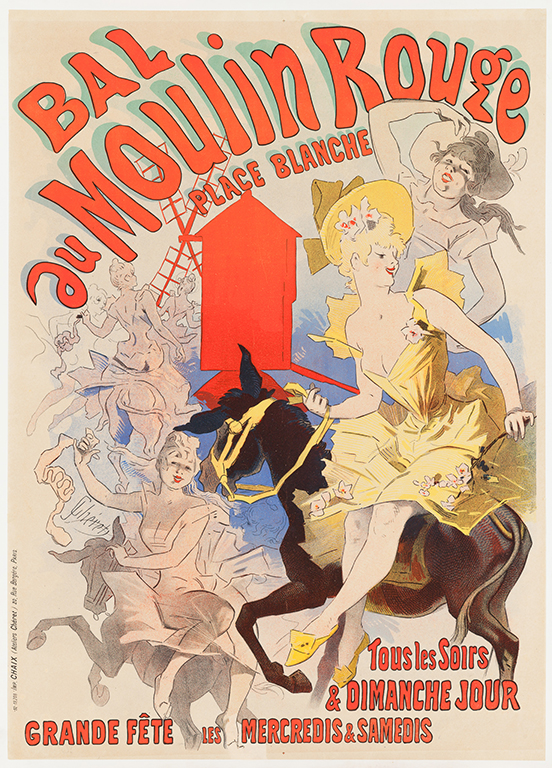 This weekend extravaganza brings the joie de vivre of the streets of Paris to the Museum. Experience the best of global francophone culture through films, performances, mini-French lessons, and collection connections between Always New: The Posters of Jules Chéret and the global French-speaking world.

Visit mam.org for details and the latest on these and upcoming events.

About the Milwaukee Art Museum

The Milwaukee Art Museum welcomes people from throughout the community and the world to find themselves and lose themselves in art, creativity, and culture. At any one time, visitors can experience over 2,500 works on view within the Museum’s collection galleries and three ever-changing exhibition spaces; participate in engaging programming; and explore the one-of-a-kind spaces across the 24-acre lakefront campus. The iconic architecture brings together structures designed by Eero Saarinen, David Kahler, and Santiago Calatrava. Famous for its moving Burke Brise Soleil, the Museum serves as a symbol for Milwaukee pride and connects the shores of Lake Michigan to the city’s bustling downtown.