Title: Original Chanel Advertising Poster
Designer: Andy Warhol (1928-1987)
Description:
This poster, part of a series by Andy Warhol for Chanel No. 5 features the sophisticated design of the bottle in the center of the image. Aiming for simplicity, the bottle is the focal point of the poster with a green to turquoise gradient in the background. Chanel No. 5, the timeless and elegant scent was the first fragrance by Gabrielle "Coco" Chanel. The fragrance represents both the respectable and the demi-monde woman, a melding to signal a celebration of womanhood during the Roaring Twenties. The perfume was perfected in the late summer of 1950 by Ernst Beaux and is based in rose and jasmine scents.

Andy Warhol (1928 – 1987) was an American artist, film director and producer. Warhol was a leading figure in the Pop Art movement, where he tackled the integration of art, celebrity and consumerist culture within his works. Well known for his serigraphs such as his Marilyn Diptych and Campbell’s Soup Cans, Warhol also produced and directed his own experimental films such as Chelsea Girls. Warhol was multifaceted in medium, using photography, film, sculpture, paint and printmaking to create his various works. Before becoming the art icon he is renowned for today, Warhol was a commercial illustrator. After moving from Pittsburgh to New York, Warhol created ads for luxury brands today such as Chanel and Lighthouse Footwear, amongst many others. Today, one can find his work at the Andy Warhol Museum located in the artists’ hometown of Pittsburgh, Pennsylvania, the Museum of Modern Art in New York, the Art Institute of Chicago, the Nelson-Atkins Museum in Kansas City, among others.
Visit IVPDA member page: The Ross Art Group, Inc.
To IVPDA member's customer photos 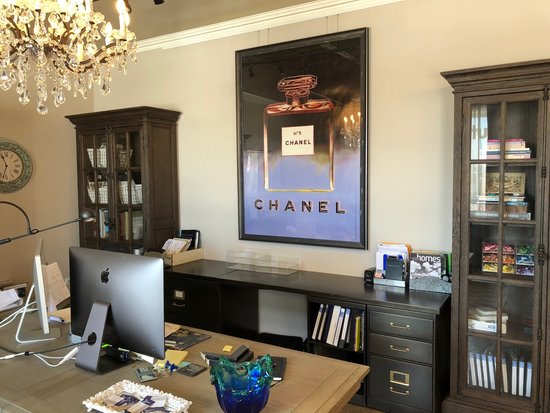