Title: Original Vintage Mistinguett Poster
Designer: Daniel de Losques (1880 - 1915)
Description:
Jeanne Florentine Bourgeois (1875 – 1956) sold flowers in her hometown of Soisy-sous-Montemorency before performing as the better known 'Mistinguett' at iconic French performance venues such as Casino de Paris, Folies Bergere and Moulin Rouge. At an early age, Bourgeois dreamed of becoming an entertainer and would practice singing ballads while selling flowers. Mistinguett was well known for her raunchy and flamboyant performances on the stage. She went on to be one of the highest-paid female entertainers of her era.

During the 1910s it was commonplace for entertainers to create and distribute posters of themselves to spread the word about their upcoming performances. In this poster by Daniel de Losques in 1911 for Mistinguett, the performer's charm is clear. Mistinguett reminds us of her humble beginnings as a flower seller; she holds a rose behind her back on a meadow in the countryside.

Daniel de Losques (1880 - 1915) was a French poster artist who owned his own print studio. He created posters mainly in for the entertainment market. His career and life were cut short when he was gunned down in battle during WWI.
Visit IVPDA member page: The Ross Art Group, Inc.
To IVPDA member's customer photos 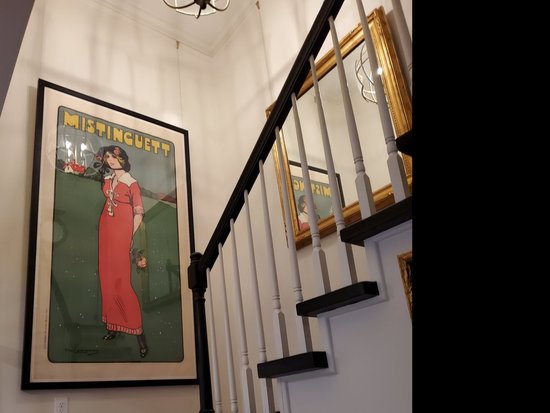