Title: Dubo - Dubon - Dubonnet
Designer: Cassandre, A. M. (1901-1968)
Description:
It's nice; it's good;
Dubonnet is also widely known by the advertisement slogan of the French graphic designer Cassandre "Dubo, Dubon, Dubonnet" (a play on words roughly meaning "It's nice; it's good; it's Dubonnet"), which still can be found on the walls of houses in France.

The poster is designed by Cassandre, one of the great poster designers of the 20th century. His real name was Adolphe Mouron. Born in the Ukraine in 1901, his family were forced to migrate to Paris due to the hostile political climate.
Visit IVPDA member page: PosterTeam
To IVPDA member's customer photos 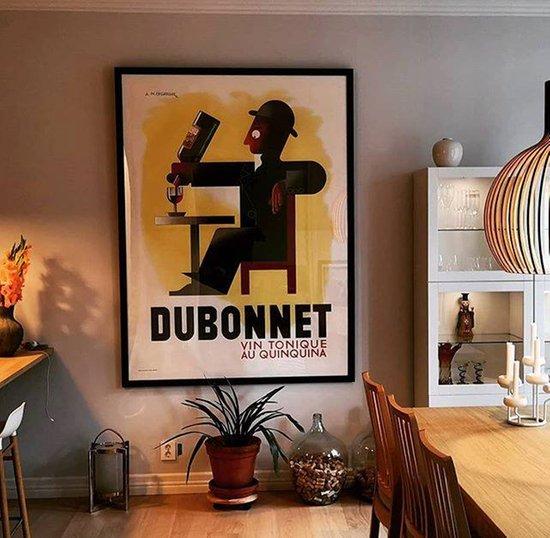