Romania Had a Poster Tradition Too 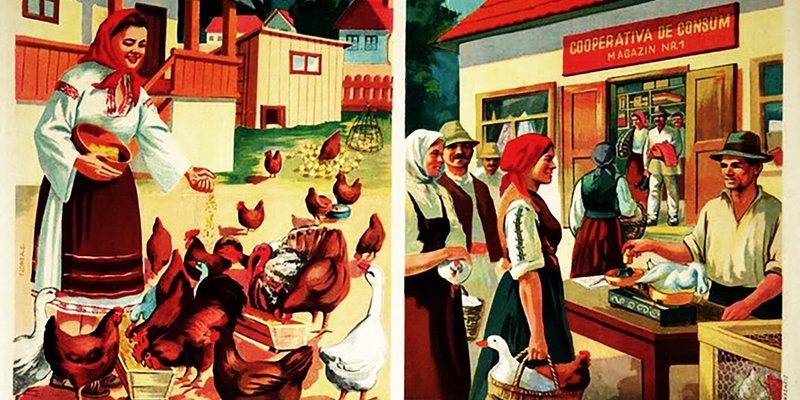 Ovidiu Hrin and Silvia Hrin are co-founders of the Timisoara, Romania–based Synopsis™, which Ovidiu explains “was spawned out of a strong belief in doing good work, analyzing beyond the surface, provoking thought, touching peoples hearts, and educating and exploring new ways in visual culture.”

Ovidiu is also a maven for Romania’s design history, and shares his research in the Romanian design magazine FOI on the topic of the first 50 years of the Romanian poster (1880–1937) and agitation and political propaganda (1940s–1950s).

His motivation? “All the information is splattered all over the place through various books, magazines, reviews, articles, online archives from different time periods and countries—but there is no resource gathering all this input into one coherent view.” So, I asked him to provide a brief introduction to this wealth of little-known material. 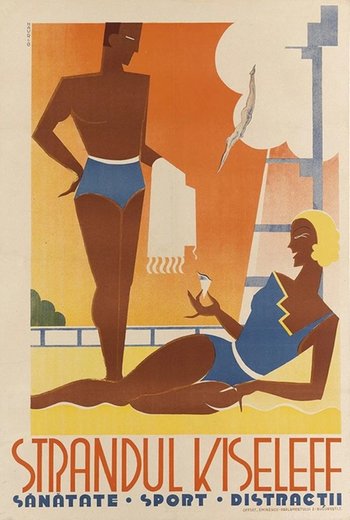 What is the most important characteristic that distinguishes Romanian poster design from other European countries?

While trying to grow in tandem with other countries at the beginning of the 20th century, we have to take into consideration the fact that Romania was still a very new country with quite a lot of identity issues, which can be clearly seen throughout Romanian art, architecture, lifestyle and critical assessments of the times (1885–1930). For example, until the mid-’30s Romania was among the less-favored countries of the grand international exhibitions, where occasionally a journal would find its topics by searching for “extravagant” events happening in this “less-civilized” part of Europe. … But despite that fact, Romania still pleasantly surprised the world in 1937 at the Exposition Universelle de Paris. I think that a Romanian poster design style has still yet to be developed, as we have lost the good start we had in 1937 by being interrupted with WW2, after being bled creatively dry by one of the harshest socialist regimes in Eastern Europe. This is actually the drive behind my study, to see if there are some (minute) characteristics of the Romanian poster (old and new) which can be considered as authentic voice.

I notice in the examples you’ve sent me that there is a mixture of different continental design styles, from art nouveau to deco and lesser-known approaches. Was there a leader or grand master of Romanian design at that time?

Between 1890–1940, there were quite a few brilliant poster masters, but many of them worked outside Romanian borders, like Hugo D’Alesi, Jean de Paleologu (PAL), Michel Simonidi, Sigismund Maur. In my opinion the leader in Romanian poster design is Petre Grant (Pierre Grand)—a Romanian graphic artist schooled in engineering in Paris, who specialized in posters, graphics for books and advertising. He was awarded with gold medals at Bruxelles, Paris and New York exhibitions. It is his posters which won the Grand Prix at the Romanian Pavilion at the Universal Exhibition in Paris.

Is graphic design taken as seriously as a cultural resource in other Eastern European countries with a similar past? 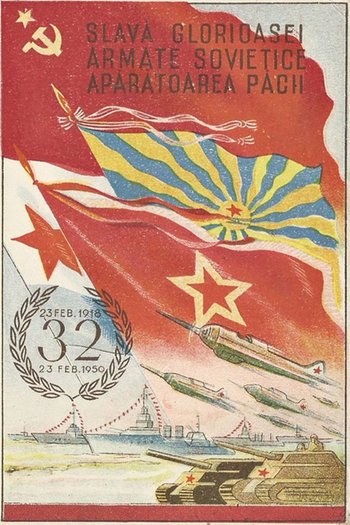 East European countries like Czechoslovakia, Poland and Russia—where the poster is deeply engrained into the cultures—stand out, and I am afraid that the Romanian poster has yet to reach such a level of confidence. For example, at some point the Hungarian poster and the Romanian poster used pretty much the same visual language, but after the ’60s the Hungarian poster took a far leap into developing its own style (defined by photomontage most of the time, inducing a double-meaning visual language), and they managed to slowly set themselves apart from that raw, Communist-inherited, slightly amateurish afterwar communication style which the Romanian poster—generally speaking—still has. But I am hopeful for the next 20 years of the Romanian poster because people are becoming slowly interested in our graphic heritage. Initiatives like Graphic Front or FOI magazine are doing a great job in archiving and talking about these issues related to our past.

How did World War II change the look (and role) of the poster and graphic design in your country?
The Romanian poster was barely “starting to sing” with its own voice when it was short-circuited by the start of the war and everything else that followed. The postwar poster that was created until the mid ’50s usually revealed a general lack of innovation; graphic styles, themes and iconography followed almost blindly a simplified Soviet-induced style. The visual language spoken in those posters, which at its best can be classified as being on the verge of amateur, will become a second nature for generations to come, and had severe repercussions on the evolution of the Romanian poster.

What impact, if any, did the poster have on the politics of the era?
Posters were used intensively for propaganda means during and after the war. An interesting fact is that at the beginning of the war, Romania joined the Axis forces, so there were pro-German posters. After 1943 Romania joined the Allies and the posters were switched, inspired by (sometimes even copying) Russian propaganda visuals.

After the war, Romania was under Soviet occupation for several years. During this time, the party propaganda posters were heavily used—most of them used illustration, accompanied by simple and short slogans, as a high percentage of the population, mostly the peasants, was still illiterate. The posters—along with every form of art—were taken under state supervision and thoroughly controlled.

Steven Heller has written for Print since the 1980s. He is co-chair of SVA MFA Designer as Entrepreneur. The author, co-author and editor of over 200 books on design and popular culture, he is the recipient of the Smithsonian Institution National Design Award for "Design Mind," the AIGA Medal for Lifetime Achievement and other honors. He was a senior art director at the New York Times for 33 years and a writer of obituaries and book review columnist for the Times. His memoir, Growing Up Underground (Princeton Architectural Press) will be published in 2022.

Article published as part of "The Daily Heller" in pintmag.com